Skip menu and go to this page’s main content.

We are Michèle Cooke & Michael En. 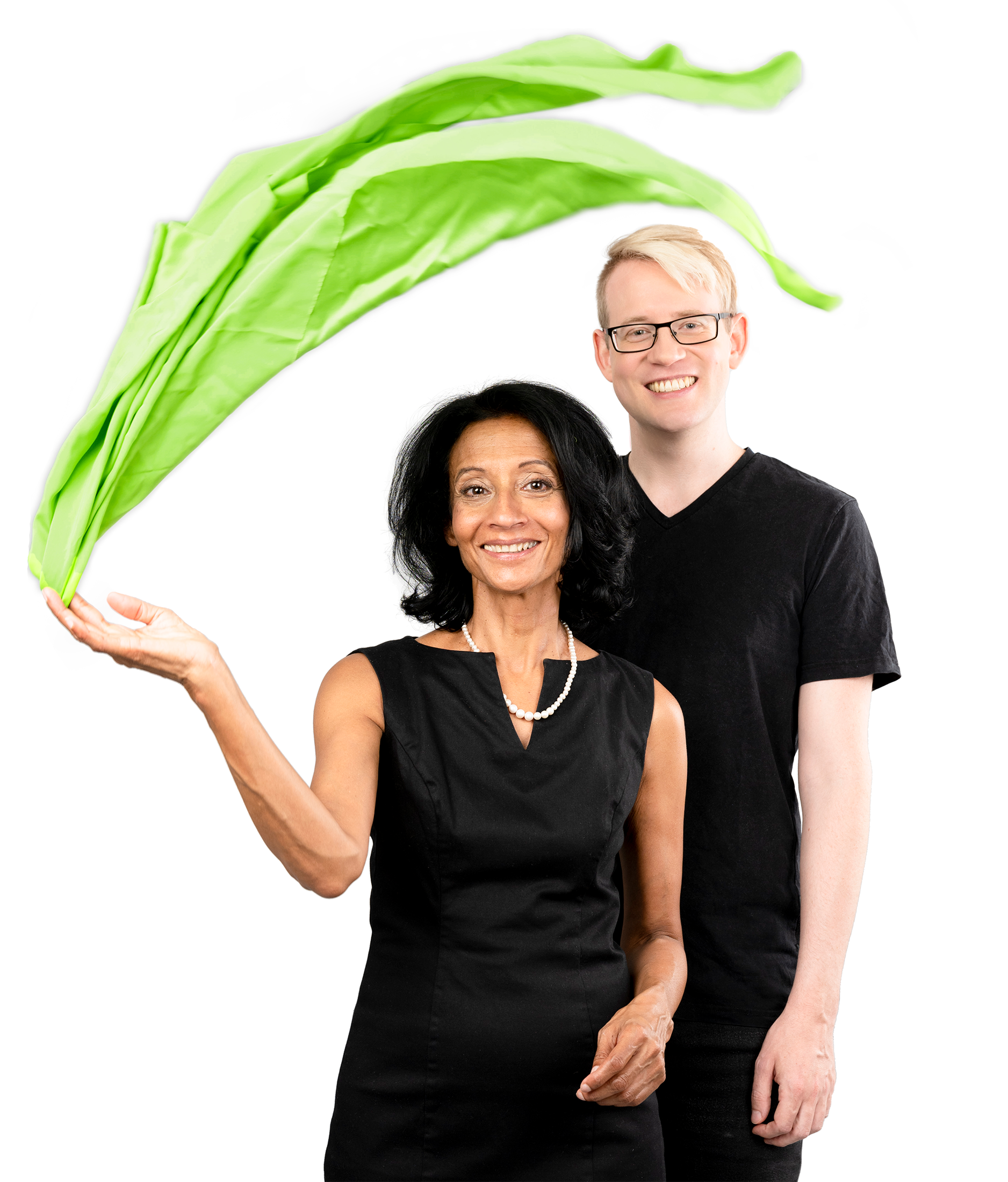 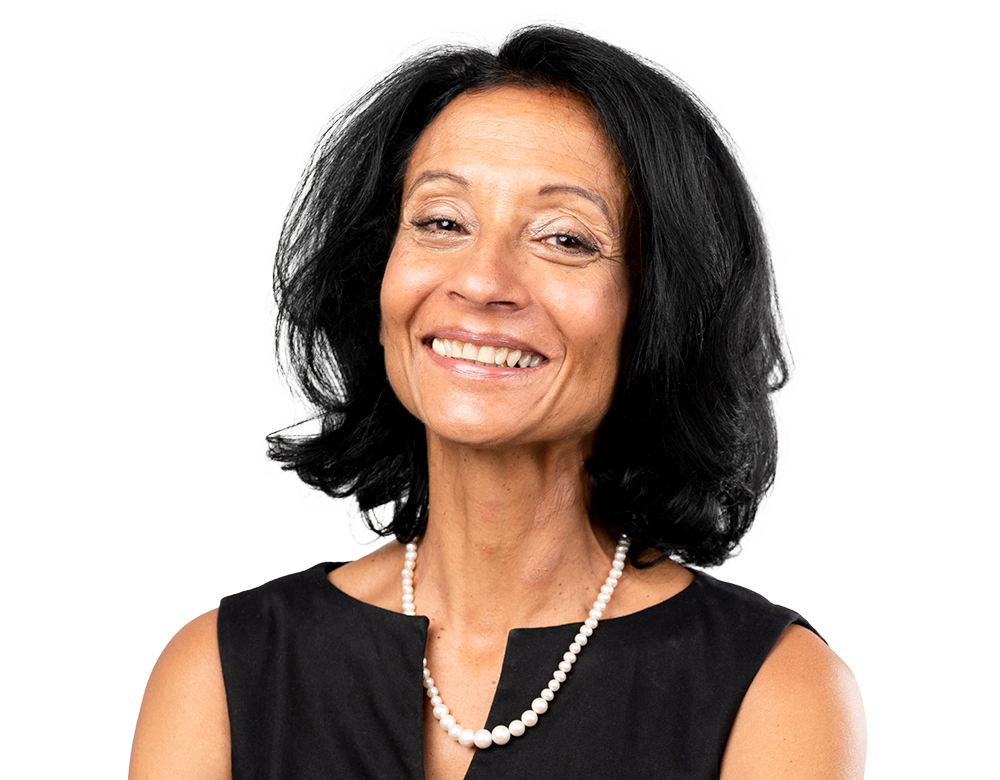 Michèle Cooke has always been fascinated by the question “How can we understand each other?” This question has guided her entire life, from her experience as an immigrant kid from Sri Lanka in London (UK) to her work as associate professor at the University of Vienna (Austria).

When she was 16, she was told she couldn’t mix science and art subjects for her school-leaving exam because this wasn’t done. Although this forced her to focus on the arts in her first degree, her determination to identify how the arts and the sciences fit together continued to inspire her thinking and academic research.

She arrived in Vienna in 1977, knowing just a few words of German. She didn’t like being told That’s how people say that. She wanted to find her own way to speak German. And that’s what she did. By finding out what she really thought and felt rather than just looking for words. What she did was to Go like Silk .

Besides English and German, Michèle has also learnt to Go like Silk in French, Spanish and, most recently, Italian.

She has studied literature and languages, multilingual terminology management, translation and intercultural communication in Britain, the USA and Austria. She taught at undergraduate and postgraduate level in English and German at the University of Vienna for over 30 years. Her teaching includes translating, transcultural communication, academic and creative writing, Global English and research methodology as well as scientific and technical communication.

In her research, Michèle has continued to search for answers to her primary question of how we communicate. This led her research into a number of disciplines and directions, including whether computers can translate; the dynamics between body, mind and meaning; how culture influences what we perceive as reality; the division between science and the arts; and what it is that we call “truth”. The answers she has found confirm that communication involves the entirety of our humanness. We are beings of flesh and blood as much as we are results of our culture(s) and emotions. And all this flows into how we communicate.

Michèle has published the insights from her research in numerous books and articles. You can find a list of her publications on her website.

As a professional translator, Michèle ran her own creative translation agency and led a number of projects that developed models for translating expressions previously claimed to be “untranslatable” into various languages. These models have since been adopted by numerous translation agencies and professionals in the field.

With Go like Silk , Michèle wants to share what she has learned and encourage you to find your own way to say what you want to say.

You can learn more about Michèle and read her latest texts on michelecooke.com. 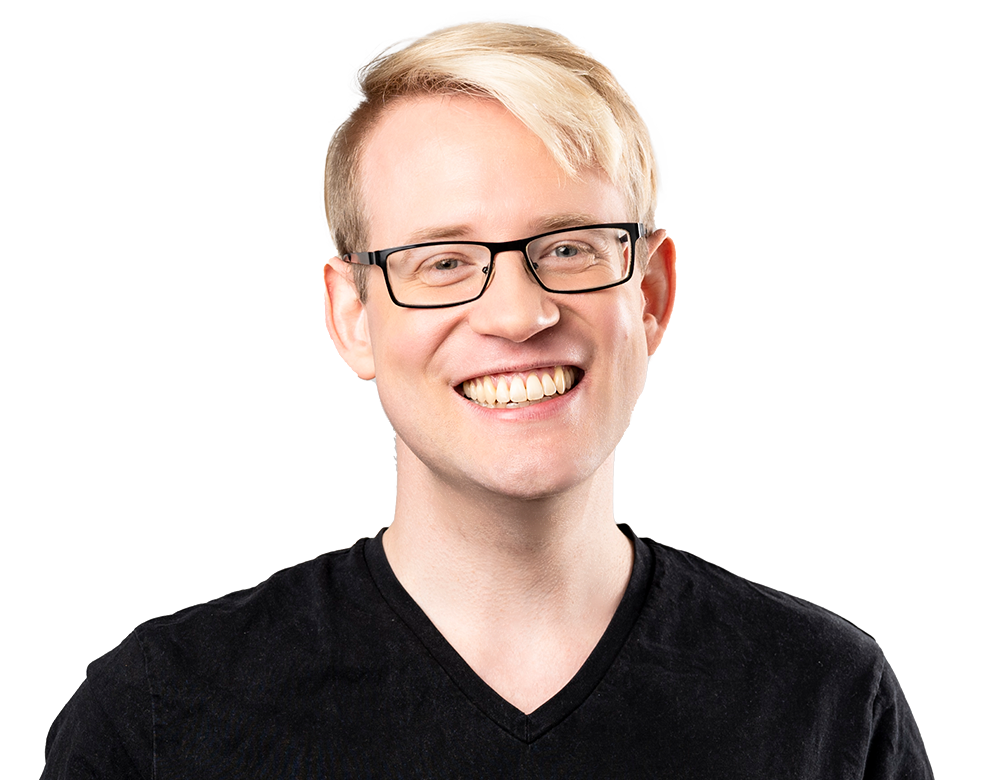 Michael’s linguistic journey started with ah-nuh, when he used to collect pinecones on walks with his parents in Styria. In this part of Austria, that was how you started counting, in the local dialect: ah-nuh (1), tsvuh (2), drai (3), … Soon, at school, he learned standard German eins, zwei, drei. And when he was with parts of his family in Italy, he used uno, due, tre. Later, he also added English, French, Japanese, Spanish and, most recently, Persian. Now, his ah-nuh has grown into zwei, tre, four, cinque, roku, siete, hascht …

After moving to Vienna, away from Styrian pinecones and Italian beaches, Michael found that people thought that he came from places that he had never been to. He “didn’t sound like an Austrian”. At some point, between dialect and standard, German and other languages, Michael came to the conclusion that he simply sounded like himself. That’s how he started to Go like Silk.

While studying linguistics, Michael quickly realised that he wasn’t very interested in how we make sounds that become words. He was much more fascinated by how we understand them. This led him to study Transcultural Communication, a world full of different words and understandings.

In his research, Michael investigates how differences and borders are created in our minds and what effects they have on us. In his dissertation project, he looks at the concept of “native speakers”. He has also published on translation expertise and relationship models. He has taught creative academic communication and the sociopolitics of world languages. Recently, he has been engaged in a project on how the notion of “culture” is used in the fields of Transcultural Communication and Translation Studies. The central question in all these explorations is: What actually happens when we “understand”?

So, what does happen? One answer is that we always use what we already know, our backstory and our emotions. We can only understand others based on who we are. That is true for all aspects of communication. When we want to understand, we have to be ourselves.

As a professional translator, Michael co-founded Qwir text + design, an agency for “design and text for academia and a better life”. As a language teacher, he has worked with companies, doctors and children in English and German courses. As a lecturer, he is currently teaching lingua-franca communication and text design at the University of Vienna.

With Go like Silk , Michael wants to show the strength that lies in kindness. And how you can bring kindness into your own communication.

You can learn more about Michael and see what else he’s doing on michaelen.com.